We don't cluck around

When the Armattan Chameleon was released a year ago, it took the multirotor community by storm.  And while the minds behind it were relieved that the design was successful, they didn't stop there.  Comments and suggestions came in, and the team kept looking for any way they could improve upon the formula.  It took months of development and testing, but it's paid off.  As 2018 comes upon us, something new is coming.  Something awesome.

Special thanks to Jason Hay - Designer

Ti-metal treat
The Armattan Rooster is a compressed-x, freestyle frame.  At first glance it may seem similar to the Chameleon, but if you look carefully, almost nothing beyond the shape is the same.

First and foremost, the Rooster uses new materials.  Armattan developed a new carbon fiber weave in conjunction with this frame.  It still has some spring, but is much less likely to delaminate in a high impact.  While this carbon will eventually be used in all of Armattan's frames, the Rooster will be the first to sport this upgrade.  Another change is that the camera cage is now grade 5 titanium.  By moving to a slightly more expensive material, Armattan has doubled the strength of the camera cage at the same mass as the Chameleon's.  The rear standoffs on the Rooster are also newly developed for this airframe.  They extend out past the rear of the top and bottom carbon to protect from a direct rear impact.  In addition, the bolt holes in the middle provides for modular antenna mounting plates: now available to serve and protect a wider variety of VTX's.  Lastly, the Rooster uses stainless steel, flathead bolts.  Besides the low profile making bolts less likely to damage LiPos or cameras, this hardware is terribly strong.  You will find that you'll strip your driver long before you damage your hardware, and the weight gain over using aluminum is minimal.

If you take a closer look at the cage, you'll notice a few more important features.  As is expected from Armattan, there is a lot of FPV camera protection.  You can fly safely with your cam anywhere from 25 to 60 degrees.  In addition, the center-point of the camera has been lowered in comparison to the Chameleon.  Now your rolls will show less vertical distortion as you bang the sticks.  Besides a lower placement, the camera mount supports the Runcam Swift v2, the Foxeer Arrow v3, or any other standard-mount FPV camera with a 28.5mm case.  The metal of the cage was also stretched from 4x4mm to 6x2mm to allow for the use of M3 hardware.  This is something that certainly would not have been possible without the incorporation of titanium. And lastly, in order to increase strength and reduce weight, the HD camera has been fixed at 35 degrees - a value seems to situate many pilots without modification.  In fact, the weight reduced here makes a difference.  The Rooster comes in just under what the Chameleon weighs.

The rear of this craft has a couple options that aren't obvious to the naked eye.  The first option is the standard rear plate.  This comes with 3 molded rubber components: a grommet for mounting the SMA adapter, and two cones to mount your RX antenna tubes.  This should provide a clear and satisfying mount point for any pilot with any VTX.  If you use a "Unify" style transmitter (that has two flanges on the sides of the SMA pigtail), you may prefer the optional rear-plate.  That plate allows you to hard-mount the SMA adapter to the rear of your craft, and even provides you with a space below for a rear-mounted XT-60.Please note: for both rear plates, it is recommended that you use a VTX that has a pigtail. If that wasn't enough, there's some final upgrades that you may not have seen.  The swappable arms are clear of the center-stack, providing you with a couple extra millimeters of stack height while maintaining a 20mm deck height.  This also allows you to make upgrades or change a broken arm without needing to unscrew the FC.  In addition, the front arm slots around the titanium cage creating a bomb-proof mounting point.  The widened camera cage, as previously mentioned, allows for all M2 bolts to be removed from the frame's construction.  Rejoice, for now you can construct your entire frame with a single hex driver!  Lastly, the small, interior top-plates are completely optional.  While they provide a bit more strength and an extra area to mount a VTX or RX, we feel strongly enough about the frame to warranty it with or without those two plates of carbon.
Did you just say warranty?

You want it?  You got it.  If you cock up your frame you can rest assured knowing that Armattan's legendary transferable, lifetime- warranty has got you from your aluminum tail-feathers to your titanium head.  That's our promise. 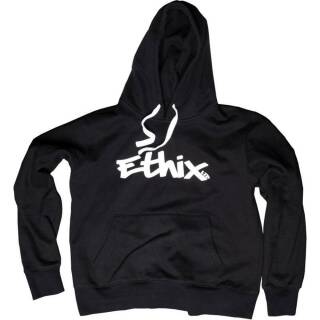